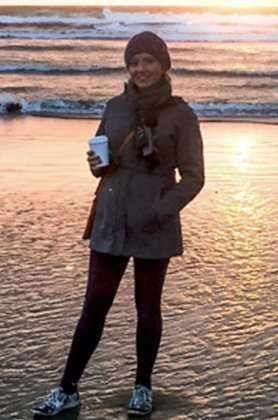 As the Program Director, Heather is responsible for all aspects of the Trellis Center program including coordination, advocacy, supervision, safety specialization and program facilitation. She works alongside the Community Living Manager to ensure the implementation of Person Centered Service Plans (PCSP) advocating for individuals self expression and ensures their hopes and dreams are addressed in their plan. She also directly supports participants providing personal care services ensuring their care objectives are being met.

Heather grew up in Montgomery, Minnesota on a hobby farm and developed a love for the farm environment and nature. After high school, she earned her Bachelor of Science Degree in Therapeutic Recreation from Minnesota State University, Mankato in December of 2010 after completing an internship at Mayo Clinic. At Mayo Heather worked to rehabilitate those with spinal cord injuries.

Heather’s cousin, Kody is an amazing individual with Autism and inspired her passion for working with people of all ability levels. Over the course of her career she has worked in two summer camps, one in northern Minnesota and one in Colorado, as well as two group homes in Minnesota for people with developmental disabilities and one senior living center where she organized and maintained an expansive Recreation program for her hundreds of tenants. She is also working in her second vocational setting with individuals with disabilities here at Trellis!

In her free time, Heather enjoys hiking, cooking, biking, camping, and traveling. Heather is happy to be a leader of the Trellis team and is looking forward to expanding all aspects of the Program! 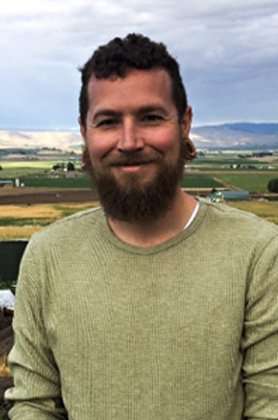 As Community Living Program Manager, Devin increases our participant’s capacity for independent community living through the establishment of support, rapport, role modeling, teaching and the provision of activities and learning experiences. Devin provides one-on-one direct support related to objectives that appear in the participant’s person-centered plans. He works alongside the Program Director , parents/guardians, family members, case managers and other support staff to ensure the implementation of Person Centered Service Plans (PCSPs), advocating for individuals’ self expression and ensures their hopes and dreams are addressed.

Devin has spent his 12-year career in the Human Services field primarily in the DD Residential setting. He has also spent some time in vocational settings and day camps, though his specialty is working with individuals who exhibit highly dangerous or aggressive behavior and developing programming to help these individuals become successful. Devin has worked closely with individuals with many different diagnoses on the Intellectual Disability spectrum as well as individuals exhibiting behavioral and personality disorders. Devin has researched, organized, and instructed training seminars on Autism and Schizophrenia in Minnesota.

Devin was born in Terre Haute, Indiana but grew up in Valparaiso, Indiana and Memphis, Tennessee before moving to Owatonna, Minnesota in high school. He attended Minnesota State University, Mankato and graduated with a Bachelor of Arts in English and Philosophy. He began to work in group homes in college and discovered that this was his passion. Beginning with about 4 years of direct care, Devin moved on to supervise several high behavior groups homes over the years before overseeing four group homes as a Program Director. After moving from the Residential setting Devin spent two years as a Case Manager for Hennepin County (the Minneapolis area), thus fulfilling a career goal.

As the Farm Program Manager of the Trellis Center, Ginger is responsible for the daily planning, organization, supervision, and administration of farm related tasks.

Ginger grew up outside of Philadelphia, PA before attending George Mason University in Fairfax, VA where she received a BA in Economics and later followed by a Pastry and Baking certification at the Institute for Culinary Education in New York. It was through her work in bakeries and volunteering with CSAs that she was exposed to sustainable agriculture and the food justice movement. She has spent time on organic farms stateside and abroad and completed the Green String Internship program in Petaluma, CA where she was immersed in natural process farming, vineyard maintenance and land stewardship. More recently, she was the manager of Vinman’s Bakery in Ellensburg where she brought new, bold flavors and ideas to her work while expanding her cut flower garden.

Ginger loves to travel, preserve the harvest, and be a friend to bees. She spends time with her husband and two dogs on the John Wayne Trail and practicing yoga. She is thrilled to join the Trellis Team and looks forward to bringing her experience to help expand and diversify the center. 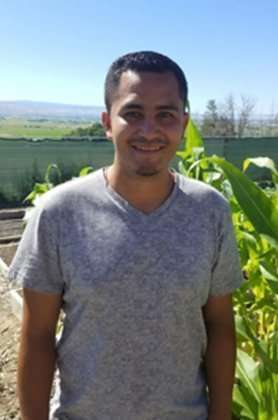 Victor grew up in Michoacán, Mexico before moving to Washington in 2001. After graduating from Brewster High School Victor continued his education at Wenatchee Valley College where he earned an Associate Degree in Arts and Science at Wenatchee Valley College. After completing his Associate Degree, Victor transferred to Central Washington University and obtained his Bachelor’s in Psychology and Sociology with a minor in Spanish.

Victor came to Trellis via an internship and an interest in helping others. While doing his internship at Trellis Victor discovered a passion for working with those with developmental disabilities and helping them develop the social and work-related skills needed to maintain employment.

The Trellis Center strives to create individualized experiences that combine personal choice and community integration with professional oversight, family involvement and stability. We partner with the individual, their family, and other members of their support team to get to know them and design services around activities and goals that are important to them. At the Trellis Center, we believe that everyone is capable of reaching new heights and thriving in the community. Our Transitional and Adult Programs focus on personal choice while recognizing the specialized and often complex needs of the individuals we serve.

In our Trellis Center High School Transitional Program, we are proud to support the following school districts: 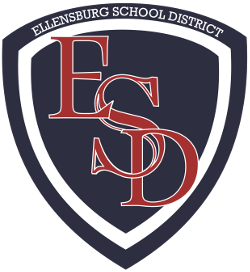 In our Trellis Center Adult Vocational Program, we are proud to support the following entrepreneurs:

You can make a lasting difference in someone’s life today.